Being a media volunteer

Néna and Nicole describe their experiences as media volunteers for the Miscarriage Association. 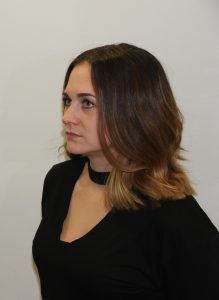 I have taken part in two interviews as a media volunteer for the Miscarriage Association, one for an online article and one for TV.

I was quite comfortable with the interview with the journalist; I’d spoken with her previously and was prepared for some tough questions. We met at a café and chatted over coffee. I felt relaxed even though I was talking about something so sensitive. When the article was published in an online magazine it was strange to read my name and my words in print!

The TV interview was a bit more nerve wracking. The Victoria Derbyshire show was being filmed live so I headed to the BBC Broadcasting House with butterflies in my stomach. I was shown to the green room (which is far less glamourous than it sounds) and met the other people who were taking part in the interview. It was nice to speak to them as it helped relax me.

We were led to the studio to start filming, had our microphones wired up and sat down on the sofa. The studio was small but bigger than I expected and I felt really nervous! Once we started the interview I felt like my throat was going to close! But once I got my first word out I relaxed a bit more and went with it. The interview went well and I think we got our message across. It was very surreal getting on the tube later knowing I’d been on TV only 45 mins earlier!

Being a Media Volunteer for the Miscarriage Association has helped me speak openly and frankly about my experiences. I am happy to talk about it and would love some more opportunities to perhaps help women like me. You’re not alone.

During my miscarriages (three in total between my daughter and son), I said to myself that if I ever went on to have another baby, I would try to help other women facing the heartache of miscarriage. That’s why I decided to volunteer for the Miscarriage Association.

For some reason, miscarriage is a taboo subject in the UK. Women just don’t talk about it – even though they are often desperate to share their experience and grief with friends and family.

The silence around miscarriage just exacerbates feelings of isolation and loneliness. It was only when I started talking to other women about my miscarriages that I realised that I wasn’t alone.

So what does it mean to be a media volunteer for the Miscarriage Association? It involves talking to journalists – in print, radio and on television – about miscarriage. I am often asked about how I felt when I had my miscarriages; how I was treated by the medical profession; the extent of the emotional and physical trauma that followed; and, perhaps importantly, what I think can be done to improve miscarriage care.

I am always briefed in advance about the subject the journalist is exploring and the kinds of questions they are likely to ask me. Not once have I felt under pressure to answer difficult questions and I have yet to meet a journalist who hasn’t treated the subject with compassion. I would be lying if I said I wasn’t a bit nervous before giving interviews, especially on live television, but I have always found the experience incredibly rewarding, especially when other women tell me that my story has given them hope.