Naomi runs her very first 10k, to raise money for the M.A.

Naomi shares her pregnancy loss story and why she decided to fundraise for the M.A..

Not only am I so proud of pushing my mind/body to do something I never thought I would be able to achieve, but I’m also so proud of raising such a brilliant amount for an amazing charity.

September 2017, I fell pregnant unexpectedly with what would have been my first. October 6th, I was told I had miscarried. However, as I had no pain and no bleeding, I just had to wait… My body felt like a ticking timebomb. A week or so later on October 16th, 2017, I lost my baby with no explanation.

February 2019, I fell pregnant again. I went to see the midwife and she gave me an estimated due date of October 16th. It was fate, I was jumping with joy. In early March 2019, I went for a scan, only to receive déjà vu.

Walking out of the hospital to see all the pregnant women, the dads walking into the gift shop to get their newborn a cuddly toy, little boys and girls running around excited to meet their baby brother or sister… I felt alone, I wanted the world to swallow me up.

I blamed myself for years, I felt as though I was being punished. But since sharing my story, I realised I wasn’t alone. About 1 in 4 pregnancies end in a miscarriage. The majority of miscarriages cannot be prevented.

Late 2021, I decided to do something. I decided I would sign up and run my very first 10k! I couldn’t run 5 minutes without getting out of breath, it was clear I was no runner! However, the winter nights came in and I put my shoes on and started training in all conditions. I wanted to see what my mind and body could push through…

April 2022, I ran continuously for 6.2 miles around Prestwold Hall Loughborough in 1 hour and 2 minutes (that’s an average of 10 minutes per mile). I managed to raise a staggering £1,500 for the M.A.. I remember saying to my partner at mile 5, “I don’t have the energy for a sprint finish”. As long as I could finish without stopping, I would be happy… The adrenaline kicked in and a sprint finish happened.

Not only am I so proud of pushing my mind/body to do something I never thought I would be able to achieve, but I’m also so proud of raising such a brilliant amount for an amazing charity.

I did this for my babies and everyone else who has been on a journey. I look forward to raising more money in the future for the M.A.. 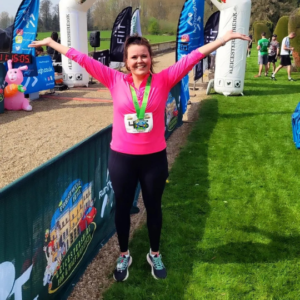 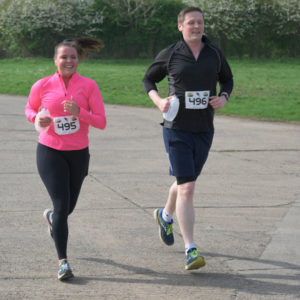