Rosie, Nick, Terry and Simon share their thoughts on running the 2013 London Marathon for the Miscarriage Association.

Running the VLM was by far the hardest thing I’ve ever done but also the most rewarding.

The first 12 or 13 miles were fantastic! The crowd were amazing and the streets were filled with music, dancers and a real carnival atmosphere.

The last 8 miles though were incredibly tough and it took every ounce of willpower to get me over the finish line. Knowing I overcame that level of ordeal though has made me realise that I’m capable of much more than I’d previously given myself credit for.

I’d recommend it to everyone! 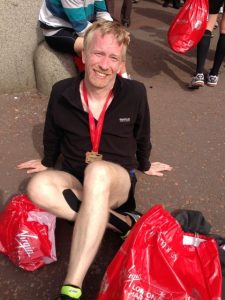 This was my 11th straight London Marathon. I started running for the Miscarriage Association a couple of years ago through my sister who is one of the Trustees. This year was quite bad for me as my hamstring went at 15 miles (I had been having trouble since March so it was no surprise). Anyway I got round and I have my guaranteed place for 2014 so I will be there again.

I think everyone who runs a marathon does and should feel proud, it is a great achievement no matter how long it takes.  And a fantastic total for the M.A., even in these hard times people are still willing to dig deep for good causes. 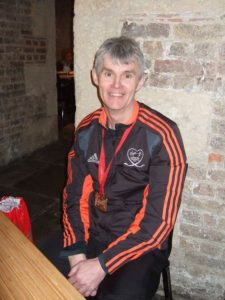 Well done everyone and the MA team

I didn’t get to see everyone as the “sight seeing tour” took a bit longer than planned and by the time I had collected the family together meant we had to get home.

Really struggled from 13 onwards – mainly due to not taking too well to the Lucozade drinks early on despite using them before. I survived on jelly beans/babies and water thereafter.

Despite the pain and the mental torture it was an incredible and emotional (still is) day and the crowds were magnificent. Having the support at 18 helped drive me through the toughest spots in Canary Wharf.  I was fine thereafter but my time suffered as a result.

I said during the race never again but is it as got second time…..?

Well done to everyone for taking on such a huge commitment and winning! 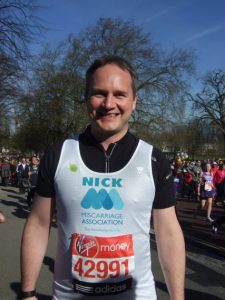 What an amazing day!! I loved every minute of it and managed to finish in 5 hours 4 mins so I’m pleased with that!  It was brilliant seeing the M.A. team at mile 18 for encouragement! 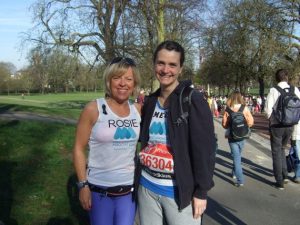