Zainab shares how joy turned to grief when her baby daughter Noa died late in her pregnancy, and how her religious faith helped her feel less lonely after her loss.

As terrible as the pain of having a miscarriage was, I was comforted to know that I believe in a God who sympathises with me in my pain, and calls me to a higher hope. It brought me through those dark nights, the flashbacks, the tears, the aching, and the loneliness.

On January 20th 2019, my husband Junior and I finally found out the gender of our first child in celebratory fashion with our local church. An enormous balloon was filled with the typical confetti that would pave the way for our child’s name and future preparations. As we all gathered, counted down, and the latex burst in front of my eyes, I couldn’t have imagined the impact that seeing pink would have. I was overwhelmed and burst into tears over the privilege I would have to raise a daughter, a woman like me.

If you’re reading this, then you already know that tragically my story doesn’t end with Noa cooing in my arms. My pregnancy took a dramatic turn after this celebration and two weeks later, after 22 weeks and 6 days of pregnancy, Noa had passed away in my womb. Absolutely nothing prepares you to experience such grief.

“I’m so sorry.” From the second I saw the still ultrasound, and my body responded with a wail of brokenness, to months after her burial, I have journeyed through a myriad of emotions. I was numb, confused, angry, sad, hurt, but most of all lonely. I cried myself to sleep most nights and genuinely felt that no one could understand my pain in this moment. As a Christian, I saw my late miscarriage as a hard providence that I was completely taken aback by and I desired to understand my suffering biblically for healing. Why did this happen?

I found it difficult to articulate my emotions in those days, so I wrote and read often. A Christian friend shared a book with me, “Inheritance of Tears: Trusting the Lord of Life When Death Visits the Womb” by Jessalyn Hutto, which rightly pointed to the implications of a foundational truth in the Christian faith, that being, we live in a world marred by sin. Hutto explains:

“For many of us, the effects of this fallen world seem like distant theological concepts that carry little weight in everyday life. As a result, we live with expectations befitting pre-fall Eden, rather than a sin-broken Earth. We expect to live healthy, fulfilled lives. We expect to become pregnant easily, carry our babies full-term, and deliver them in perfect health.  Our hearts yearn for the creation to function as God intended it to, and thus we don’t naturally expect pain, discord, or death. Yet this is exactly the inescapable inheritance we’ve received from our first parents.” (30) 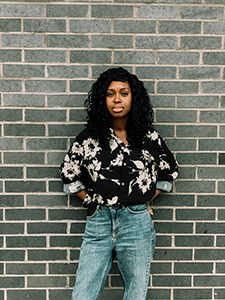 Her expression resounded clearly with my understanding of the biblical scriptures and I realised how unaware I was of the far-reaching effects of living in a fallen world. This sudden and terrible loss opened my eyes even more to this harsh reality and I sought after hope. Although we live in a world marred by sin, I was reminded that Christ’s death and return promises an end to death itself, mourning, crying, and pain. Miscarriage is a tragic expression of the sin-filled grief Christ came to eradicate. Hutto adds:

“The unity between Jesus and his ransomed people greatly affects the way we suffer because it means we do not suffer alone. We face loss, pain, and death as those loved and comforted by our holy Savior. Jesus tasted death (Heb. 2:9) and experienced grief partly for the purpose of personally sympathizing with us.” (65)

As terrible as the pain of having a miscarriage was, I was comforted to know that I believe in a God who sympathises with me in my pain, and calls me to a higher hope. It brought me through those dark nights, the flashbacks, the tears, the aching, and the loneliness. It allowed me to open my heart to the love, prayers, and practical help of my family, friends and church members, and allowed me to heal. In the death of my future as Noa’s mother, a birth to serve others in their pain and connect with people came into being. A new future.

Hope itself is like a star—not to be seen in the sunshine of prosperity, and only to be discovered in the night of adversity. – C. H. Spurgeon