Sarah shares her story of miscarriage, the isolation and loneliness she felt and its impact on her mental health.

My therapist told me she also hadn’t been able to have children. I couldn’t believe it. My mind was so warped by this point that I believed my path had sent me to her as a sign I was never going to have children.

Recurrent miscarriage is one of the most isolating and lonely experiences I think a woman can go through.

Between 2014 and 2016 I had 4 miscarriages. 3 of which were missed miscarriages which I hadn’t even heard of before I had my first one. I think it is such a long drawn out way to have a miscarriage as essentially your mind and body don’t connect as your body still thinks you’re pregnant but your mind knows you’re not. For each one, there were always lots of scans and lots of “let’s just wait and see” from the medical staff.

When I was first pregnant, it was the same time as some of my closest friends. I couldn’t wait to tell them and I thought it was so wonderful that we were pregnant at the same time and would have children the same age. I think this is what fuelled my isolation and loneliness when things didn’t work out that way.

During the years of 2014 to 2018, I lost so many friends and even isolated myself from my own family as I just couldn’t face people. I became more and more withdrawn as the honest truth was I felt like a big failure because I couldn’t start a family and do the most natural thing that a woman should be able to do.

I remember I was invited to christenings and always made up an excuse about not being able to go and even weddings I also declined. I can’t explain why I couldn’t go, it was such a strange and unwanted feeling and I couldn’t shake it off.

What I realised was I needed some help with my state of mind as I couldn’t go on like this. I always kept saying to myself “when I have children I will bounce back”, but by early 2017 it really wasn’t looking likely that I would be holding a baby in my arms. 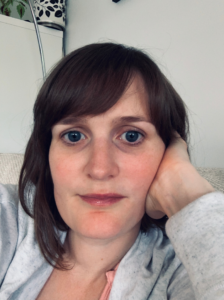 I started going to a little miscarriage support group at the hospital. I met another couple there who had been through a very similar thing and I felt so much better that I wasn’t on my own. I stopped going after a while because it wasn’t helping me deal with my own problems, it just gave me some comfort to know I wasn’t the only one.

I then found a therapist who dealt with grief. I worked through with her a couple of things that really helped and one of these was how to build back some friendships. Then in one of our sessions, very strangely she told me she also hadn’t been able to have children. I couldn’t believe it. My mind was so warped by this point that I believed my path had sent me to her as a sign I was never going to have children. I went on a 2 week holiday and needless to say we didn’t contact each other after that.

There was one thing I did that I think definitely helped me enormously, I enrolled in an 8 week mindful self-compassion course with a friend. Self-compassion teaches you how to talk to yourself as if you were comforting a friend who was going through some troubles. It teaches you to be kind to yourself and most importantly it teaches you about “common humanity” which essentially means that we all go through tough times and it’s ok to find it hard.

What mindfulness did teach me, which I think made my life without children more bearable, was to be ok with the present moment. The more I practiced, the more settled and comforted I felt with what I had “now” or back then. I stopped yearning as much for children and started putting things in place to move on. I got a new job, I climbed Kilamanjaro for charity which was always a dream of mine, I made new friends and most importantly I rekindled some old friendships.

Then in September 2017 I fell pregnant for the 5th time but this time was different, I was having treatment to hold onto the baby. It worked. June 2018 I had a baby girl and then unbelievably after the same treatment, in July 2020 I had another healthy baby girl.

After 5 very hard years of miscarriages, treatment and then a pregnancy which I can honestly say was the longest and hardest 9 months of my life, my anxiety levels were sky high and I had a full on meltdown at the start of the pregnancy. My mental health took a beating and still to this day I think the experience has changed me. It’s made me want to help people who are going through challenging times as I truly believe the more help that is out there and the more people who talk about their struggles the better our minds will be.

There has been recent news articles that suggest many women who suffer a miscarriage then go on to suffer with PTSD. I can no doubt say that this happened to me, especially when I fell pregnant for the fifth time. This leads me on to say that getting help if you are going through this, emotionally as well as physically by professionals will enormously help the recovery. It is NOT an easy thing to go through so talking and being kind to yourself are little things that will make a big difference.