Michaela reflects on the loneliness she felt after the loss of her son, Zachary and how friendship and people listening and not trying to fix her, helped her through.

I found myself surrounded by sympathy cards and flowers but I guess I had never felt so alone.

I don’t think there is anything quite as isolating as baby loss.

After the death of my son during pregnancy in May 2019, I found myself surrounded by sympathy cards and flowers but I guess I had never felt so alone. My husband and I were blessed enough to be planted in a community that was ample in love, compassion and support but still, I felt as though no one could really comprehend the pain that I was facing each and every day.

Finding out that I was pregnant with Zachary is quite honestly one of the most joyous moments of my life. As every newly pregnant woman experiences, I was met with a flurry of enthusiastic friends (and strangers!) who wanted to ask me about my pregnancy and touch my ever-growing pregnant belly at any opportunity they got. For twenty weeks, my life consisted of questions about the little boy growing inside of me but after this time, the questions stopped.

I recall attending a meeting a couple of weeks after we posted the pregnancy announcement no-one wants to see on our social media ‘Zachary William Taylor was born sleeping at 18:37 pm on 1st May 2019.’ Support rushed in, ‘I am so sorry for your loss’, ‘We are thinking of you at this time’, ‘Let us know if you need anything’. As the days turned into weeks, the silence grew more deafening.

At the meeting mentioned above, I set my coffee cup on the table (one of the first things that triggered me as I hadn’t drunk caffeine in my pregnancy) and took myself off to the toilet to let my tears slip down my face and then proceeded to patch myself up with the concealer that perpetually lived in my bag. I plucked up the bravery to face people who I hadn’t seen in weeks and sat down at my table. At this time, I was willing people to acknowledge me and act as though I didn’t exist at the same time. I observed a familiar face see where I was sitting, pick up his coffee cup and move seats. This is where isolation truly began.

At one of the first times we emerged into the public eye, the only eyes that were on us were each others. I watched people look at us and then pretend they hadn’t seen us, I received sympathetic glimpses but saw people shudder as we approached them. We were around so many people but we had never felt so alone.

Finally, we were met by friends and eyes that didn’t just glance, but stopped and fixated on us. We were met with hugs and thoughtful words. We felt seen, we felt like parents had lost a child and not just another statistic. I have never been so thankful for our family and friends that embraced us. There were weeks where friends would check in on us daily and wouldn’t shy away from the difficult dialogues.

Twelve weeks after returning to work I found myself with post-traumatic stress disorder, depression and anxiety. My loneliness had hit a new low. I had felt somewhat isolated for a while but when you are physically reliving the birth of your stillborn child at your desk, there isn’t much people can do to step in and help you.

Losing Zachary has been the most challenging thing I have ever encountered, but the friendships I have acquired in this season have been the most special I have ever had. They have grounded me when I’ve felt like running away from it all, they have sustained me and lifted me up when I had felt like I had no strength left, they have met me with words of encouragement when all I felt was the guilt and more than anything, they have made me feel wanted and seen when I felt like I was completely alone in my grief.

Baby loss, unfortunately, is isolating but it doesn’t have to be. You can find the right people to listen to your story and to not try and fix you. You can find people that have suffered the same unbearable loss and bond over things you never thought would be a part of your life. Today, I hope that you know that you are not alone in your journey and if you are supporting someone who is bereaved, remember it is completely okay to sit down and not say a word. A simple hug or a moment of silence can be the difference between loneliness and companionship. 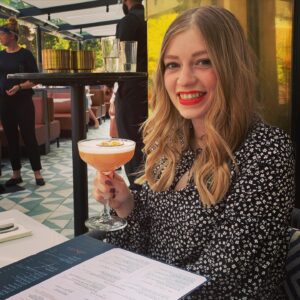