Angie shares how she felt being pregnant after 2 losses.

I delayed going to the toilet because I didn't want to have to check if I was bleeding.

I spent the first twelve weeks of my first pregnancy in a state of pure excitement. I was making mental plans about what my baby would look like, what I would name them, about the cute little outfits I would buy. When I had my first scan and discovered I had miscarried I was devastated, but was determined to move forward and conceive again.

I became pregnant again two months later. Rather naively, I didn’t think I would lose another baby. I had weekly scans at my Early Pregnancy Unit and on week eight I saw my tiny baby’s precious heartbeat. At my following scan there was no longer a heartbeat.

My whole world fell apart. It felt cruel and hopeless, but after two months I dusted myself down and decided to try for another baby. By this stage, people were concerned about me and how I would cope if I lost another pregnancy. I was terrified too, but I felt like I had to keep trying. I had to know I could do it.

My third pregnancy was as smooth as it could be but I spent the entire nine months convinced that it was all going to go wrong. I delayed going to the toilet because I didn’t want to have to check if I was bleeding, and I found it hard to plan for the baby’s arrival.

My pathologist’s reports after my two miscarriages stated that there was no reason for my losses. I realised that nothing I did was going to affect if I was going to keep this baby or not, so I stopped wrapping myself up in cotton wool. I took Pilates classes, went to work every day and tried to do things I enjoyed as much as possible.

Finding out that I was expecting a boy at my 20 week scan was a big moment for me. I found it difficult that I never knew if my first two babies were boys or girls, so knowing that I was going to have a son gave me something positive to hold on to and visualise.

The sadness and fear will never leave me, but I often think that if either of my first two pregnancies had survived, then I wouldn’t have my son. We’ve been through more together than he will ever know.

When my son was three I became pregnant again. All my old fears and anxieties came rushing back and it took me a while to allow myself to enjoy being pregnant. I couldn’t shake the memories of what I had been through before but I knew that I had given birth once and I could do it again. There was an irrational part of my brain that thought that maybe I couldn’t carry girls and that was what had happened previously. I was proved wrong and welcomed my daughter six months ago. 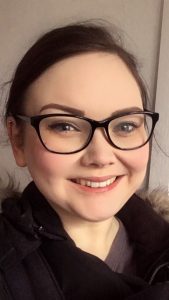