Zainab shares her story of late miscarriage and how talking is helping her to heal.

It was so hard walking through the labour ward. The walls were covered in photos of newborns, but I knew I wouldn’t be leaving with my own baby. 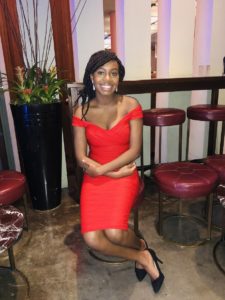 My husband and I weren’t planning for a baby when I found out I was pregnant in October 2018.  Initially I felt nervous about becoming a mum. I was quite shocked, thinking ‘is this really happening?’

We realised that we’d been given the gift of a child, so we set about preparing. We moved out of our flat share into our own flat.

My husband works as an early years assistant and I am a paralegal, so our days carried on the same, going to work, but our lives had already changed. We were going to be a family and we couldn’t have been more excited.

It was a really nice pregnancy. Everything went so smoothly. So many people commented on how well I looked and I felt strong. I could count the amount of times I was sick on one hand.

At our 12 week scan the baby appeared small, but it was still very early on and we were told not to worry, so we didn’t.

Again, at the 20 week scan the sonographer mentioned the baby’s size. He asked me if I was also a small baby, as that could have an effect. I told him I was.

The baby’s features were developing normally but the blood flow was a little strained. Still, we weren’t worried. The main thing I remember from that scan was how happy we were to find out the gender. We were going to have a little girl.

The sonographer told me to make an appointment for a week later, just so they could be sure that everything was ok. I went alone because it didn’t occur to me that I would need someone there to support me during that consultation.

When I arrived, I was seen by a senior consultant who was very concerned. He told me that my baby could die. I felt completely numb while he was talking me through scenarios. I just wasn’t expecting that kind of news. Despite all he said, I clung onto the fact he said she might survive. I still felt hopeful everything would be ok.

Two weeks later, my husband and sister came with me for my third scan. I could see straight away that my baby wasn’t moving, and within seconds, the sonographer stopped the scan.

My sister and I broke down into tears. My husband told me later that when he saw the sonographer’s face in that moment, his heart dropped.

We were taken to a quiet room where we met a bereavement midwife. She gave us her condolences, and started talking us through things like testing, the post-mortem process and funeral arrangements.

I was filled with complete dread. There was too much to take in. Only minutes ago we’d been so excited to hear our baby’s heartbeat.

I was given a tablet straight away to stop the pregnancy hormones and we were given leaflets so we could go away and think about how we wanted to manage what needed to happen next. I was so frightened as I knew I wasn’t ready to give birth yet, but that I would have to be.

Two days later, after very little sleep, I woke to find that I was bleeding. We called the hospital and they confirmed there was a room available for me to give birth. My sister and brother-in-law picked us up at 7am to take us to the hospital.

It was so hard walking through the labour ward. The walls were covered in photos of newborns, but I knew I wouldn’t be leaving with my own baby.

We were led to a private suite and I was told I could have as many family members there as I wanted.

The midwives talked through options for pain relief and explained that I would be given several doses of medicine to induce me. The tablets were inserted into my vagina every three hours and they were so painful. By 5pm, I couldn’t take anymore, so I was given a dose orally. Then the contractions began.

The midwife cleaned her and put her in the bassinet as my husband and I cried.

When my baby was brought to me, I wasn’t prepared for what I saw. Because blood flow had been restricted for some time, she had already begun deteriorating in my womb. Her skin was so fragile and her eyes were open in a blank gaze.

No one wants to see their child this way.  I was so shocked and frightened. I felt like I had done something wrong, like I had caused this to happen to my baby.

My husband and I decided that it should be just us and Noa together, and we were so thankful for the few minutes we got to spend with our daughter.

The next day we left the hospital. I never thought I would go through labour and go home without a child.

For weeks after giving birth I had so many mixed emotions. People cope in lots of different ways, but for me personally, without my faith and the support of my loving husband and family, I really don’t know how I would have got through this.

Because I gave birth before 24 weeks gestation, I am not able to officially register Noa’s birth and death. This has been so hard to come to terms with. It just doesn’t make any sense to me, particularly as the rules are not the same all over the world.

I gave birth to Noa. I held my child in my arms. But because I am unable to officially register her life, it’s almost as though she didn’t exist. Talking about the loss of a child is so hard, but I think this rule just enforces the stigma around it.

It should be the parent’s choice whether they register their child’s life and death. I think this would make such a difference for women and their families.

We did get a certificate from the hospital, with details like Noa’s birth weight, but it’s not the same thing as having a legal document.

Talking about what I’ve been through has been so incredibly important – it is helping me to heal.

As a young, black woman, I feel a real responsibility to be open and honest about this experience. In African culture, it’s common to shy away from these kinds of discussions. Instead we are encouraged by our families and friends to move on, be strong and not show vulnerability.

We don’t talk about things like anxiety and depression, and as a result, there are a lot of people out there who are quietly suffering. They’re not asking for help or going to support groups, because their family and friends don’t think it’s the done thing. I think this absolutely needs to change, but I don’t think it will until more people from BAME backgrounds feel supported enough to speak openly about their trauma.

If you know someone who has recently gone through a miscarriage, I urge you to ask them if they would like to talk. You don’t have to have many words. All you need to say is “I’m sorry for your loss.” It’s ok to say you don’t know what that person is going through.

Before this happened to me, I only knew of one other woman who had gone through a miscarriage, I had no idea it happens in one in four pregnancies. At the time, I was so worried about saying the wrong thing, that I just kept my distance. I wish now that I hadn’t done that.

Losing my baby has been so hard. I’m so thankful I was able to have the experience of carrying Noa and meeting her for that brief time, but I also think ‘why did this have to happen to us?’

For now, I just want to do whatever I can to make sure other women who have been through this terrible loss know they are not alone.