Today, Saturday 15 October, marks International Babyloss Awareness Day, the culmination of a week of activities and events that offer a special opportunity to mark the brief lives of babies lost in pregnancy, at or shortly after birth or in infancy.

The Miscarriage Association began the week by launching a new animation, telling the story of one couple’s experience of a missed miscarriage and highlighting our #heretolisten message.

There have been more public discussions of pregnancy and baby loss than ever before, thanks to the hard work and dedication of all the charities involved – and especially to MPs Will Quince and Antionette Sandbach, co-chairs of  the All Party Parliamentary Group on Babyloss, who:

But of course, Babyloss Awareness Week is primarily about and for women and men affected by babyloss.  They – and you – have been wearing pinbadges and Twibbons, organising and attending events, talking on social media, opening up to family and friends sometimes for the first time and raising awareness about the impact of pregnancy loss.

Tonight sees the culmination of the week.  At 7 p.m. local time, people from across the globe will light a candle or candles in memory of babies lost in pregnancy, at or soon after birth or in infancy, creating a Wave of Light in memory of babies who have died too soon. If you are taking part and would like to add your candle photo to our 2016 gallery and video, either upload it to our Facebook page with a message saying ‘for the gallery’ or email it to awareness@miscarriageassociation.org.uk.

Thanks to everyone for your support. 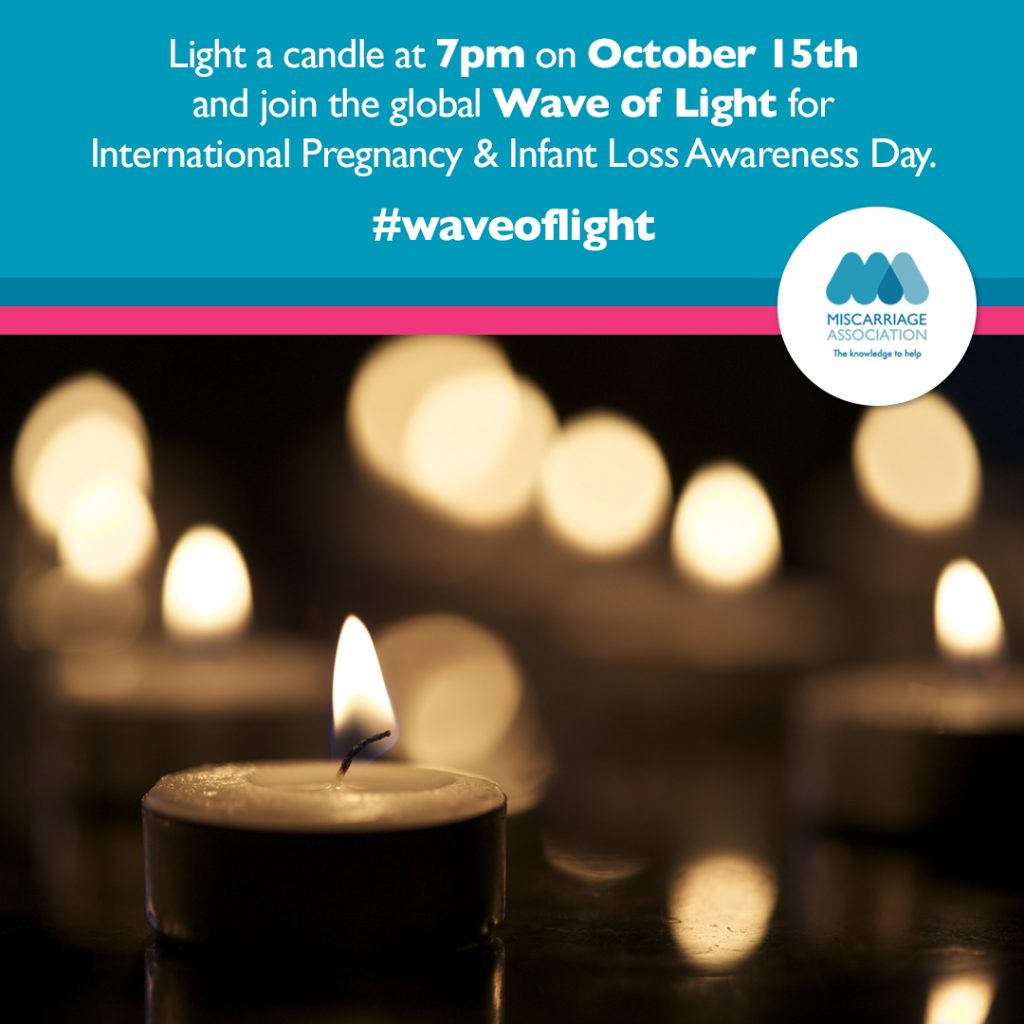