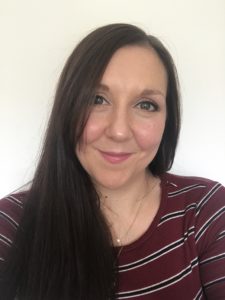 Cerian works full time in a large organisation with over 1000 employees.

She was well supported through two miscarriages and a further pregnancy. This support helped her go back to work and remain in work through a difficult time.

She found out she had lost her baby at the twelve-week (dating) scan.

Her line manager reassured her that she should take as much time as she needed and not try to force herself back into work sooner than she was ready. Her line manager also kept in touch regularly without adding pressure to return. She took six weeks off.

Her job involved 12-hour shifts working alone. She felt unable to return to this role as she wanted to be around people so she did not dwell on her loss. Her line manager contacted occupational health and she was seconded to a different part of the business, working normal office hours in a friendly team. She also came back on a phased return.

She had a second miscarriage in this role. This time she took two weeks off and again, her new line manager kept in touch and acted as a friend as well as a manager. On her return, her mental health suffered as she became anxious about conceiving again. She found pregnant colleagues and ‘baby talk’ very difficult to cope with.

Her line manager allowed her to work from home when she was feeling overwhelmed. He was also sensitive to her needs in the office and would suggest that they went to get a cup of tea or go for a walk to ‘get away from the baby talk’ when he could see she was struggling.

In both instances those individuals who were my line managers at the time were brilliant and I really couldn’t have asked any more of them. Even though they had no direct experience themselves, they knew how to help and what to say and it really did make going back to work so much easier.