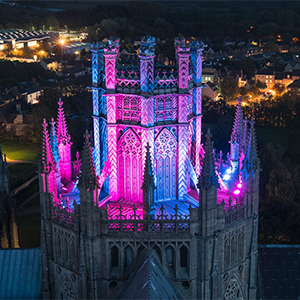 With three weeks to go to Baby Loss Awareness Week (9 – 15 October), the Miscarriage Association and our supporters are working alongside around 60 other charities and groups to raise of key issues that affect people who have lost a baby, highlighting the need for tangible improvements in bereavement care, research and prevention.

This year, the campaign focus is on the lack of timely access to psychological therapies for people who need extra mental health support following pregnancy or baby loss. Over the next 12 months our organisations will be calling on governments at Westminster and the devolved nations to ensure that anyone who needs psychological therapy after pregnancy or baby loss, they can access it without unduly long waiting times, and on the NHS.

We are also asking people from around the UK to get involved and start conversations around baby loss, by wearing pin badges or Twibbons, asking if  their local buildings and landmarks can be lit up in pink and blue and taking part in memorial walks, services and other Baby Loss Awareness Week events.

Once again, the week will culminate with the International Wave of Light, with candles being lit at 7pm on the 15th of October, to remember all those babies who have been lost during pregnancy, or during or soon after birth.

For more information about the week and the planned activities, see our the Baby Loss Awareness Week page on our website or our Facebook page.