Thank you to everyone who contributed to this year’s Baby Loss Awareness Week (BLAW). Sharing stories, raising funds and getting involved on social media all helped to spread the word and raise awareness, making it a really powerful week.

Here’s a summary of some of the week’s activities.

We were very proud to be part of a collaboration of more than 60 baby loss charities working together this BLAW. As part of this alliance, we launched the week with an animation. Our thanks to Postcard Productions who created the animation and to Anthony Weeden for the music. And thanks to everyone sharing it, the animation has been viewed hundreds of thousands of times. 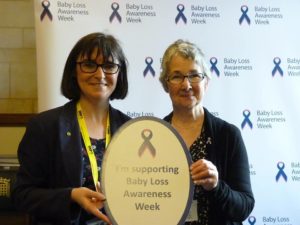 In this short film a number of politicians show their support for Baby Loss Awareness Week:

A number of local events took place, including a remembrance walk in Belfast organised by M.A. supporter, Erin, pictured here. 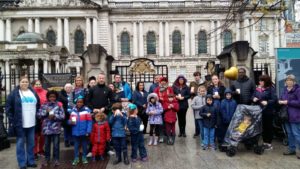 Turning the UK pink and blue

Nearly 200 buildings and landmarks lit up in pink and blue in support of BLAW this year, an amazing response to everyone who got in touch to ask them to get involved – thank you!

On the final evening of Baby Loss Awareness Week, people around the world lit a candle in memory of babies lost in pregnancy, at or soon after birth and in infancy. Photos of these candles spread a ‘Wave of Light’ across social media. We are currently putting together an online album of the hundreds of photos shared with us. 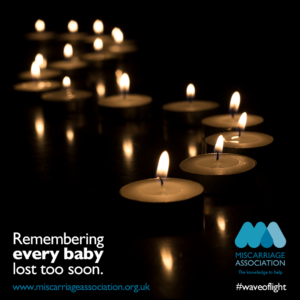